The Cannon d’Oro Restaurant is located in the heart of Cocconato d’Asti, a panoramic town in the Monferrato Asti area (500m). It was founded in 1876 as a refreshment inn for passing strangers to whom it offered typical Monferrato dishes.

In the early twentieth century the Cannon d’Oro, thanks to the prestige it acquired, was also frequented by Prince Umberto of Savoy. Even today you can have lunch in the Prince’s room and in the next room, which have preserved the period furnishings and the charm of ancient Piedmont.

The restaurant is structured in halls and small rooms from 15 to 100 indoor seats, and the service in the dehor of the external courtyard during the summer. For over half a century, the Tortia family has been welcoming food and wine tourists and small groups with cordiality and simplicity, and offers them traditional Piedmontese dishes and wines.

During this period we are closed on Monday, Tuesday and Wednesday. Anyway available to organize special services in these days. 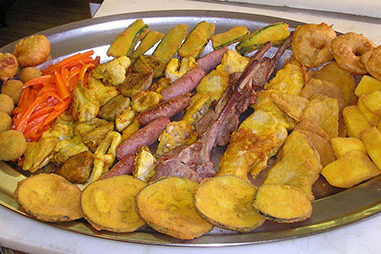 Wines of the Territory

Gallery of the Cannon d'oro restaurant in Cocconato d'Asti